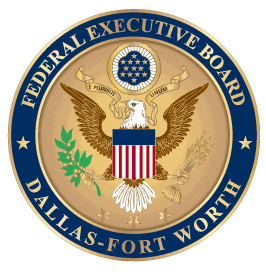 The Combined Federal Campaign (CFC) is the official workplace giving campaign for federal employees and retirees. Overseen by the Office of Personnel Management (OPM), the mission of the CFC is to promote and support philanthropy through a program that is employee-focused, cost-efficient, and effective in providing all federal employees the opportunity to improve quality of life for all.

This year, the CFC celebrates its 60th anniversary. President Kennedy formalized the CFC with an Executive Order in 1961. For 60 years, members of the federal community have contributed to charities through the CFC, giving more than $8.5 billion to help those in need locally, across the nation, and around the world. In 2020, federal employees and retirees pledged nearly $83.6 million in monetary gifts and volunteer time for local, national, and international charities.

During the campaign, federal employees and retirees can choose from a list of more than 8,000 vetted charities to support by payroll deduction, credit/debit card, automatic bank draft, or by pledging volunteer hours.  With a broad range of giving options via the online pledge portal, the CFC Giving Mobile App, and a paper pledge form, the CFC makes it easy to Be the Face of Change to the causes you care about.  Whether you are passionate about disaster relief, veteran causes, animal rights or cancer research – the CFC has a charity for that cause.

The benefits of the CFC include:

The North Texas Combined Federal Campaign is the local campaign and in the 2020 campaign 2,481 federal employees and retirees in North Texas pledged, over $1.67 million dollars and over 4,000 volunteer hours!